Today we assist to a true “parametric” mania…It seems to be quite impossible, nowadays,  not to take into account the “parametric point of view”. Each project must be measured by the fact that the parametric design exist, as it is the frontier, a more new and more sophisticate form of Design. It is the Zeitgeist of our age, the Technic that creates the “lawful” space  for the Human, and in the design field, this is reflected in the “Parametric” that gives the border to the “Humanistic Culture” embodied in the objects, defining what is licit or not. 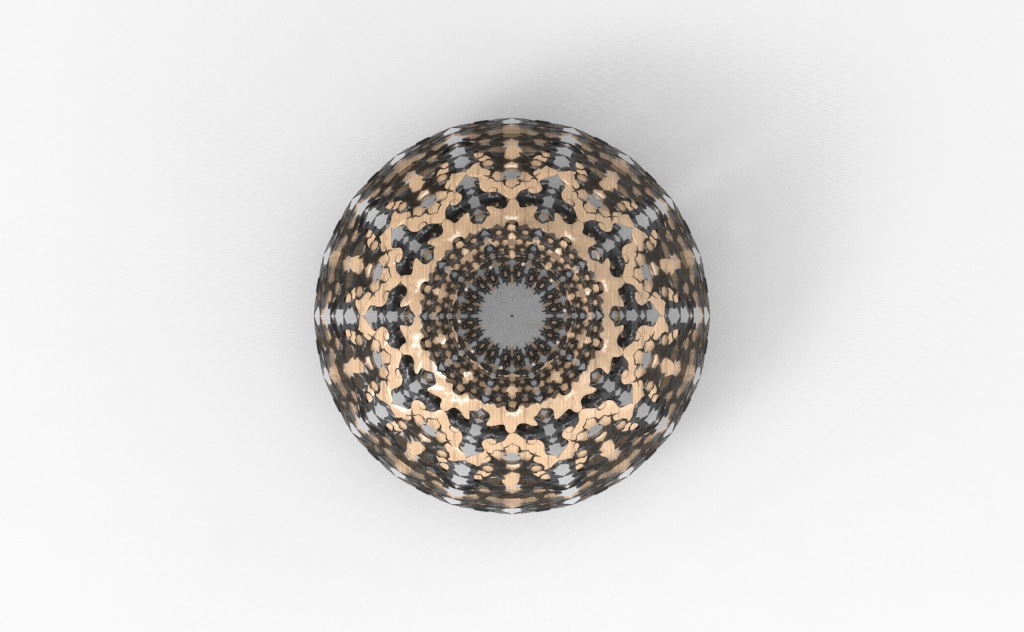 We may find some similarities with the Panopticon of Jeremy Bentham, in which there was a controler that looked at the prisoners but couldn’t be seen by them and this pushed the prisoners to behave in a way supposed to be “licit”….

Where is the eye? For example hidden  in a zenithal  point of view, completely teorical but enough strong to transfigurate the shape of some vessels that can appear in our bookselves…The top of the vessels could appears like an iris of an eye if  it is observed from a pefect ortogonal zenith point of (un-human) view. Vessels could appear like old gothic rose windows, which symbolized  the eye of God.

We can actually doubt if  also the “form” obtainable by a parametric process of design is similar to a prison. Where is freedom, where is the human possibility to go whatever you want if everything is created by an algorithm? The supporters of “parametrism” will say  no, because the man places and choose the parameters, and the algorithm only combines them. But does this really means freedom? I don’t think it. Even if parameters are infinite and working on them you can  obtain infinite forms, you only have the “freedom” to chose one of the choices already expected in a pre-determined catalog of possibilities, allowed by the algorithm. Like in a supermarket in which we think to be free because we can choose between  a pre-determined nuber of products, but in fact we obly choose between what they show us. << Black , white, yellow or Blue?… No, you are not alowed to choose Green, it is out of the list…>>

Ok, someone can at this point says that maybe every kind of human activity could be considered “algoritmic”,because there is lso the possibility to asses that all  the “structure of reality” ( and in it the action to design an object) could also be considered deterministic….But…the paremetrism don’t have any doubt: it asses that yes, the relty is only deterministic.

And so, following the previous metaphore, where is the life in this pre-determined prison? What remains of the un-expectable in all these parametric forms? Is there life embodied in these forms? Is it still life? …But still life is also the name given to the composition of objects in paintings…And in this case, isn’t better to use the words “natura morta”, which is the latin way to call “still life“?