From April to September 2012 we took part in a resarch project in “Partecipatory Planning” for a complex of Social Housing in Milano, via Barzoni 11. The project, coordinated by prof. A.Delera, department B.E.S.T. Politecnico of Milano, was born by protests and demands of the tenants against a previous imposed architectural project that would have resulted in economic difficulties, transfer and destruction of social ties. This experience has been the origin of this critical text. 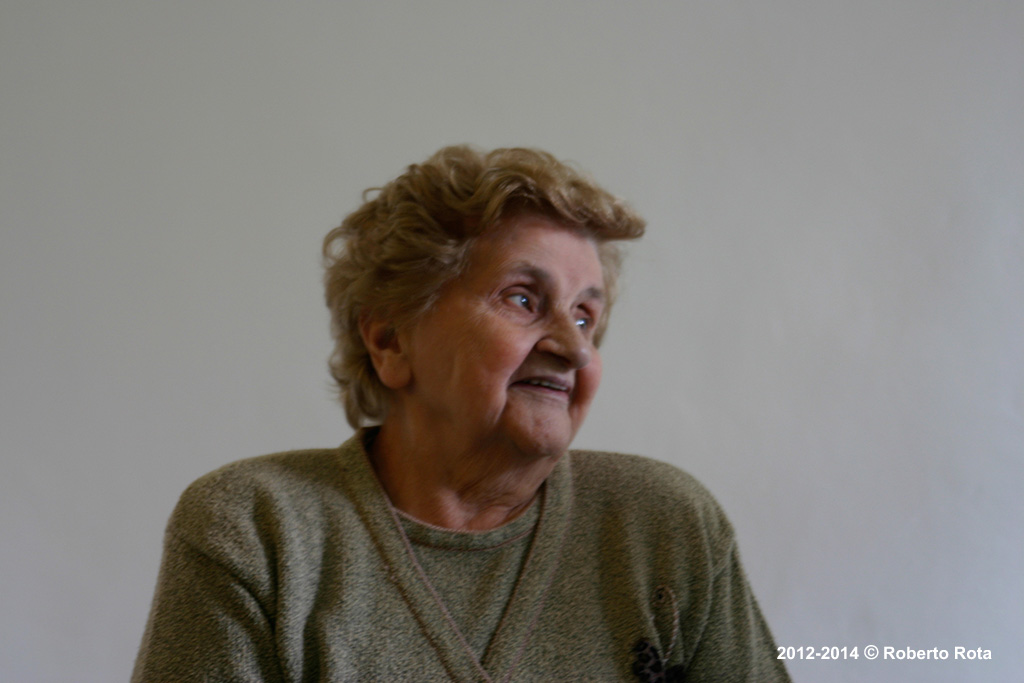 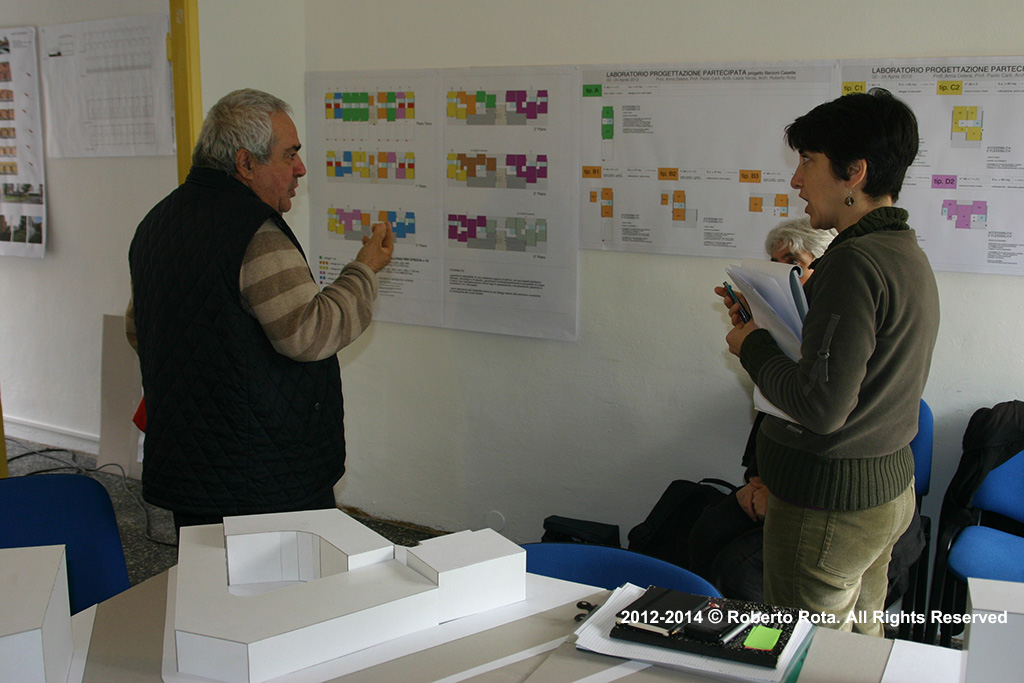 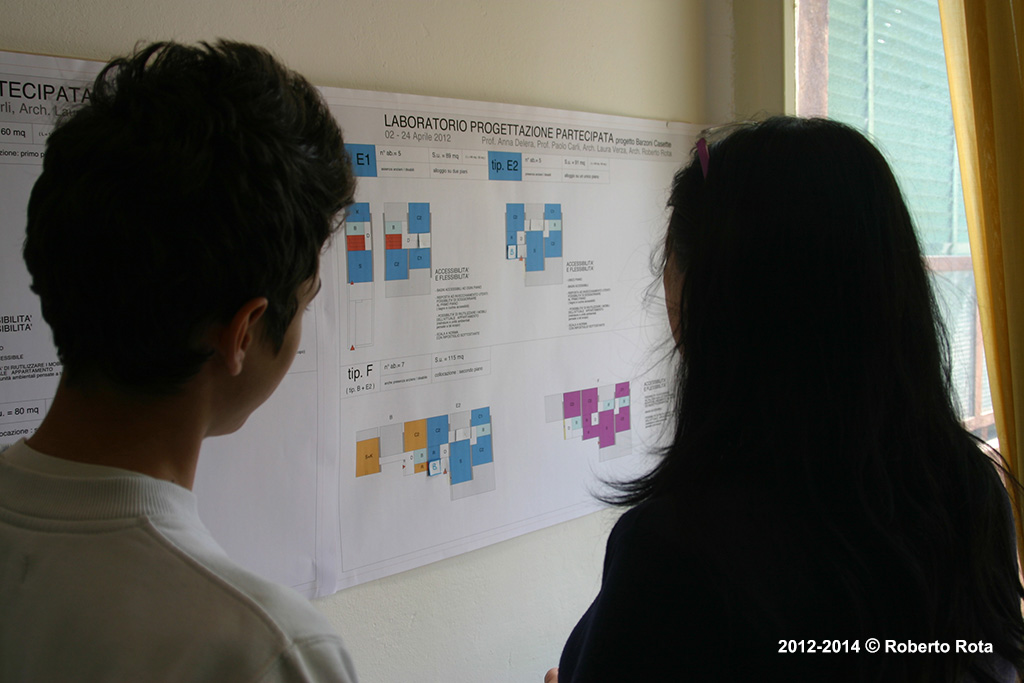 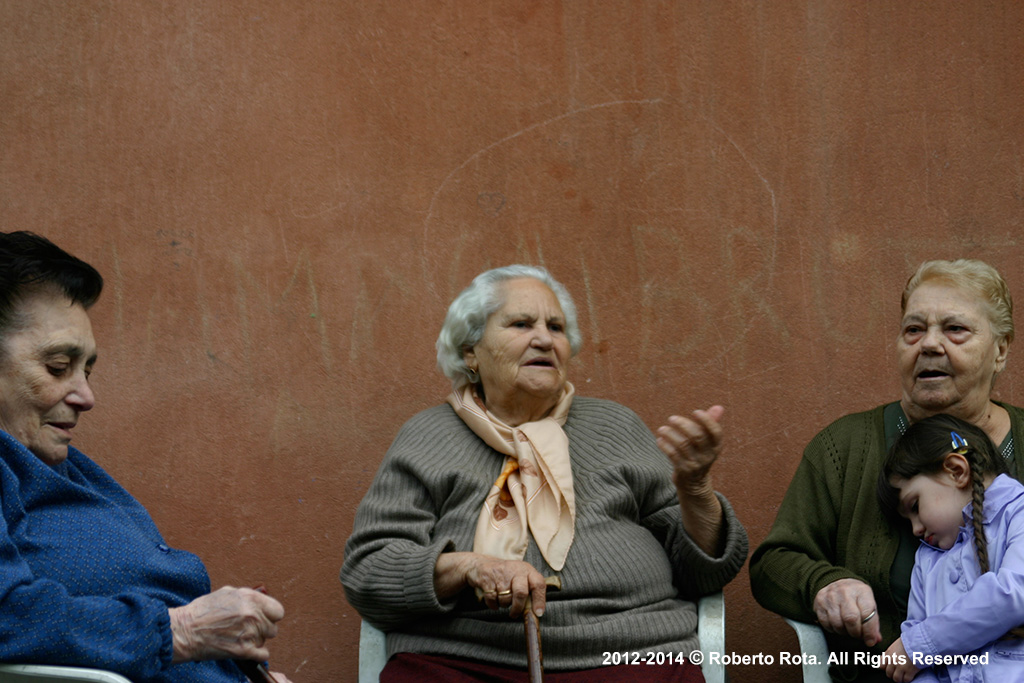 “Alternatives in society” are three words that can cause a wide range of meanings, and can be defined  with multiple perspectives. The direction that I would like to explore here is the one that starts from the preposition “in” . Which means  to make a research on some “alternatives” present in some “societies” taken as reference and outline a reflection on those who are the processes of interrelation between the “minorities” (in terms of quantity and number of the phenomenon) and “majority”, that is like to say between  the “alternative” and the the “society”. So not so much “alternative to the society” but “alternative in society.”

The word “alternative” is taken here in a sense social, cultural and economic: a group of people who are implementing social relations and exchange according to cultural and organizational models different from those that occur in a majority of the society. Within the series, it is taken as reference especially those “alternatives” that are identifiable in terms of space circumscribed, that unfold and carry into zones and areas more or less identifiable, circumscribed. With the preposition “ in” then you are taking the attention not only on the form of relationship between alternative-society, but also on its spatial location.

Why look at a society starting from its parts and its minoritarian aspects? And what has this to do with the design?

The basic idea is that the alternatives are particular points of the society in which there is a “structural failure”, that is a loss of the web of relationships and meanings majority. This failure opens the event of the general laws governing the same society, a bit ‘like, using a metaphor, by a hole in a dam bursting with its output of water, you could observe the emergence of the physical laws of gravity and hydrodynamics.

Another reason why “the alternative point of view and a minority” in my opinion is interesting in view of the assessment of the overall functioning of a company is because it is possible to control the mass of phenomena listed in the broader dimension of the company if they lose the boundaries. To this observation points focus on cases also spatially limited, in order to isolate the patterns which you can get to say something, or, as mentioned above, is possible through the “reactions” model minority identify the peculiar physiognomy of “actions” being in the majority society, that is, its general operating rules.

“Alternatives in society” will be a moment of reflection on the data collection phase critical to the design, without which the design result risks being reduced to mere formal determination. Says Manzini, in the good company of various authors (Vitta, Baroni), what people commonly identify as design is nothing more than the answer to some needs of industrialization. Hence over time it has created an architecture specification that has developed several tools now available and at the service of society and the needs of not only industrial production.

Already the experience of Radical Design, but also the European Postmodern can be read as the advance in design of claims and demands not only productive. This is one of the cornerstones of European design, which instead featured less the American Design, more tied to the production-distribution-process communication, in light of the pre-eminence which you can understand the difference between the post-modern movement as a trend and what Venturi. As for the claim of the initial trend, as shown in the recent exhibition at the Pompidou Centre, it was to define an architecture not utopian but political and grip on reality, it’s hard not to glimpse the real developments in a propensity to recover cultural values ​​rather than politicians. In fact the gap utopia in architecture was in fact a detachment from modern dreams on recovering memories and insights multidisciplinary, thus de facto separation from logic economistic and productivist. The short circuit is around the corner, thin, but this is not clear. This is not the place to develop it. The Postmodern American, however, from Lerning from Las Vegas is of a more Pop, Pop here to where we want to understand the outcome of the process of moving large parts of the working class to the level of the middle class, accompanied by access to consumer of goods of various kinds. Within this macro-process architecture celebrates the American myth of social improvement through growth in production to which the advertising phenomenon is functional.

In Europe today, however, we are facing an economic transformation recessive for the middle classes, with respect to which they return in the foreground primary needs. The case of the experiment “Participatory Design”, developed together with the BEST Department of Milan Polytechnic, or expulsion housing (could be called a process of gentrification) of seventy families from a housing estate in the center of Milan highlights dramatically the crisis of social relations of these families at the base of their marginalization. With the participation of stakeholders trying to amend the difficulties, but it also highlights the weakness of the approach to design is not based on a policy of empowerment. The project results are interesting, but the limits of that experience are all being solely an operation planning Monodisciplinary.

And here then, in a cultural decomposed but interesting period of joint, ambitions of ecological productive conversions , technological ferment of various kinds, the design needs of minority places where you can actually structuring multidisciplinary approaches, breaking away from the demands of a purely productive affecting businesses to “participate” with other disciplines in efforts to transform and improve the social, economic, cultural, productive  panorama.

These places are optimal for the extrapolation of needs, the definition of requirements and ultimately the formalization of performance objects and artifacts. The EXPERIMENTS that this area may come out are affecting the early stages of the design process, the more “heuristic”, ie those aspects of the design related to the understanding of the problem, gathering information and formulating ideas. The Italian design has recently settled on the final results too uncritically prone to the dictates of needs now limited under the storms that loom on the horizon today.